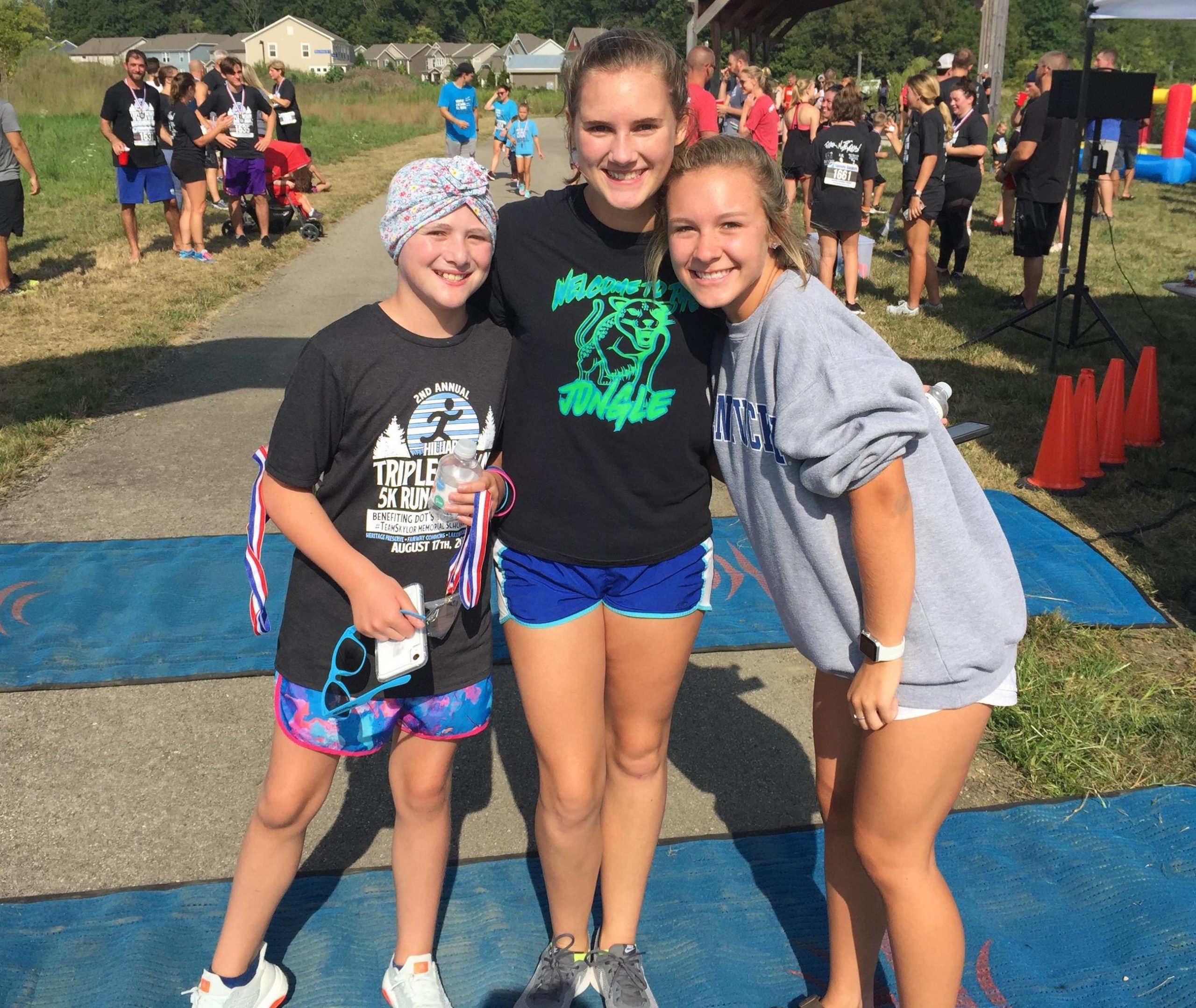 Join us for the Triple Crown 5k on Saturday July 10, 2021 in Hilliard, Ohio.  The Triple Crown references three generous, philanthropic, and active neighborhoods on the west side of Hilliard – Lakewood, Heritage Lakes (w/ Fairway Commons), and Heritage Preserve. As hosts to the 2019 Dot’s Tots Foundation 5K, these communities will rally co-workers and strangers, neighbors and teachers, family and friends to participate in a 5K run/walk in support of Dot’s Tots Foundation, a Hilliard-based 501(c)3.

Specifically, proceeds from this July’s 5K will fund the Foundation’s Scholarship Fund. Please see below for more information on the #TeamSkylorMemorial Scholarship!

On February 27, 2014, Skylor was diagnosed with brain cancer and from that moment on, his motto in life was “Fear Motivates”. Fear motivates positivity – he lived each day making sure his life was better than it was yesterday. Fear motivates love – he continued to make sure people knew he loved them and that he was always there for them. He often said, “Love your life. Things could be a lot worse”. Fear motivates strength – despite his battle with cancer, he always pushed himself to be greater.

Skylor wasn’t only an amazing son and a wonderful big brother, he was a talented artist who had a passion for graffiti art. But, his passion didn’t stop there. He was a proud member of the Marching Band, an active member of the AFJROTC, volunteering his time to recruit members and helping the community. He also volunteered as an Assistant Coach for Jr. Drill Team and volunteered with Habitat For Humanity during spring break his junior and senior years. He had a calling and he lived his life fulfilling it.

On October 30, 2016, Skylor lost his fight with cancer. During his battle, Skylor bravely and so gracefully provided hope, courage, strength, and love to so many. In honor of this wonderful young man who left us too soon, this race lives on. Proceeds will be used to fund an annual scholarship to area high school seniors pursuing a college degree. A gifted graffiti artist and creative author, Skylor had hoped to attend college. We’re going to see to it that those dreams are passed on to many, many teenagers who follow in Skylor’s footsteps.

Since Ashley Warnock began her career in social work, she has been involved in serving the needs of local youth. However, upon the birth of her first son in October, 2011, Ashley “retired” from the workforce to be a homemaker. While caring for her son, Ashley had a yearning to work with children again. This fueled a conversation between she and her husband, Andy. Interestingly enough, Andy had investigated the formation of a charity to support needy families years earlier. The culmination of their joint vision was the establishment of Dot’s Tots in late 2013. The name of the Foundation is in honor of Andy’s late grandmother, Dorotha Warnock. Dorotha was a lifelong educator and constant provider of guidance, support, and love to all of her students and especially her grandchildren. This Foundation carries her legacy forward.

The event is finished.